Eva Longoria certainly turned heads when she arrived at the Extra set on Wednesday.

The former Desperate Housewives star stopped by Universal Studios to chat to host Mario Lopez about her new collaboration with J.C. Penney.

The 40-year-old actress donned a clingy white pencil dress with capped sleeves for the TV appearance and finished off the outfit with nude T-bar Louboutin heels. 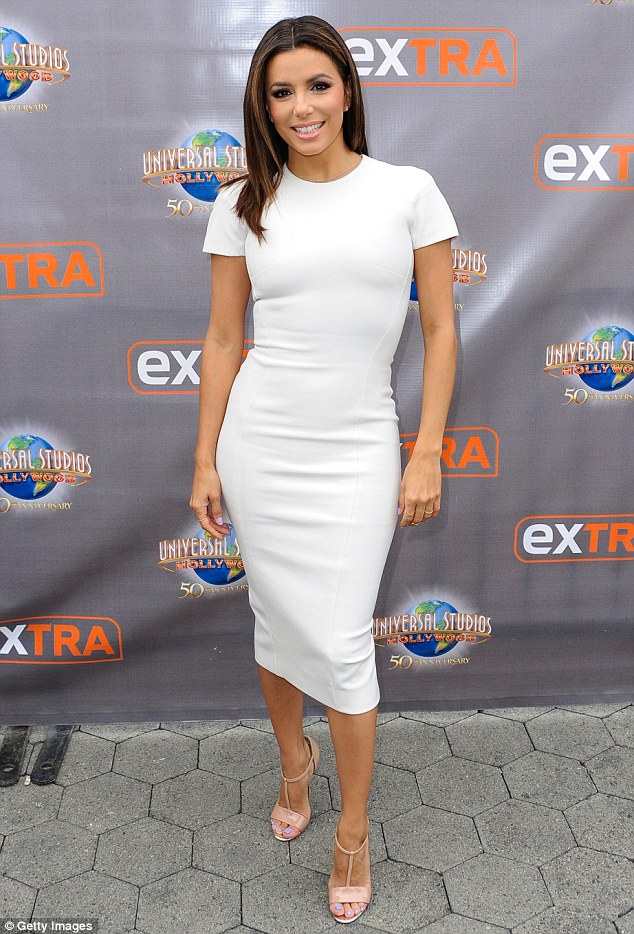 Her brown locks were styled straight with an immaculate centre-parting and her eyes highlighted with smokey brown make-up and some pink gloss on her lips.

And though she was supposed to be showcasing her bedding range during the visit, Longoria got a little mischievous with Lopez and started a pillow fight with one of her patterned cushions.

The mid-range department store is hoping it can boost sales in its Home section and recently stated they feel confident that stylish Longoria can influence its large Hispanic customer base. 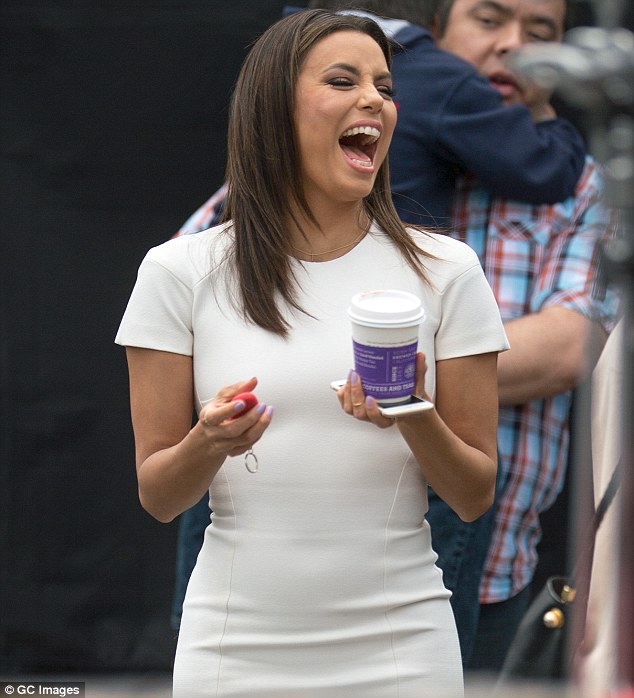 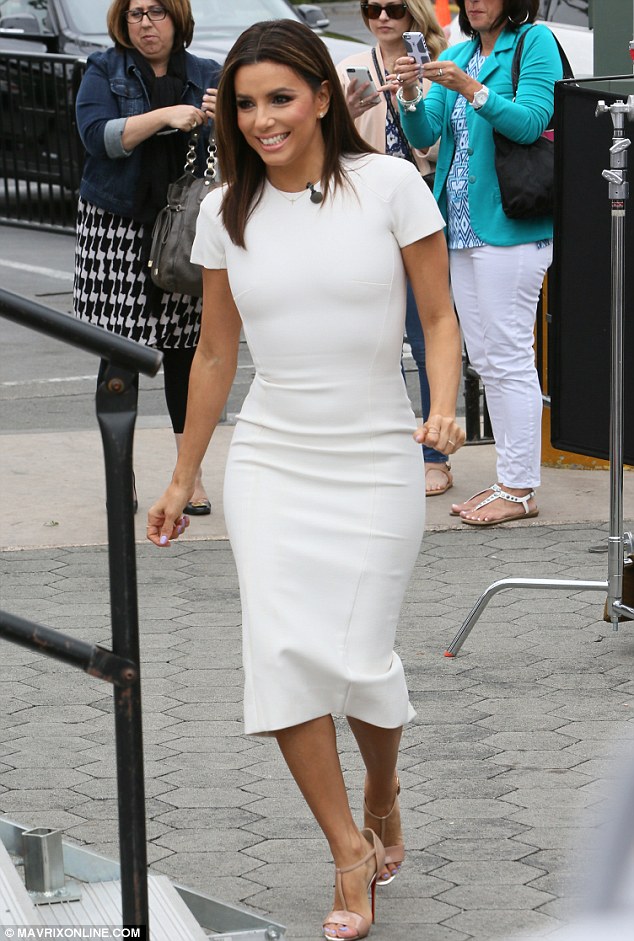 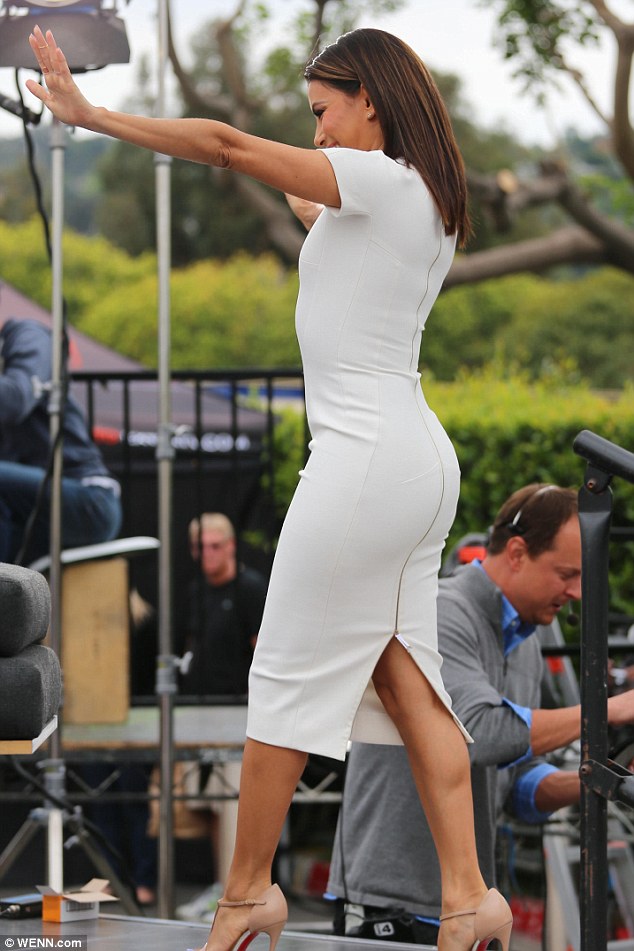 Initially the collection will be available in about 100 stores in places like Dallas, Los Angeles and Miami as well as online.

The actress revealed to The Dallas Morning News that she used to design and sew her own pillows, duvet covers and curtains growing up in Corpus Christi.

’Decorative pillows were my specialty,’ she said ’I used to make them for friends, too’ 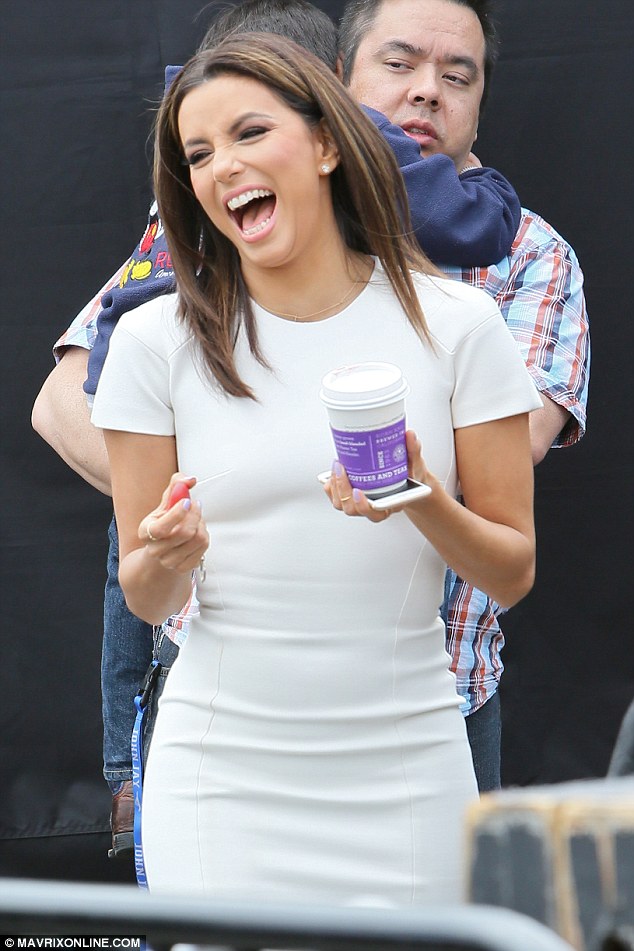 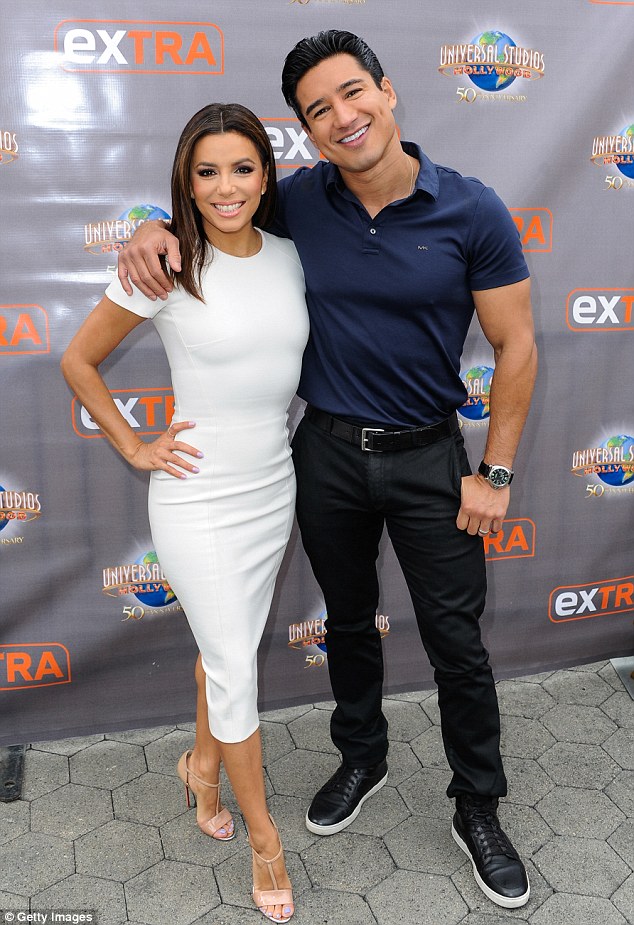 J.C. Penney’s chief merchant Liz Sweney said: ’Once in a while there are people who are style influencers that we want to work with’

’Longoria is smart and accomplished. She has a broad customer appeal and she sews.’

Meanwhile, the actress is hitting the silver screen in two films this year, Refugio and Any Day. 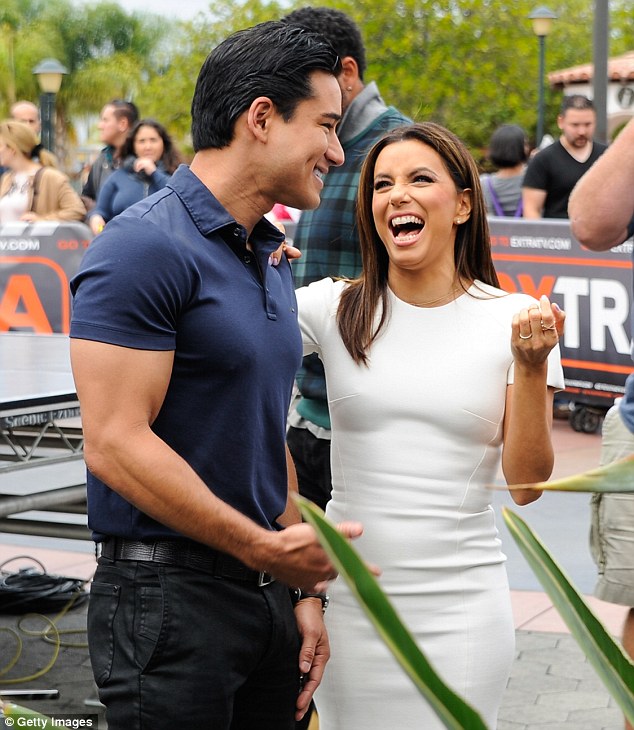 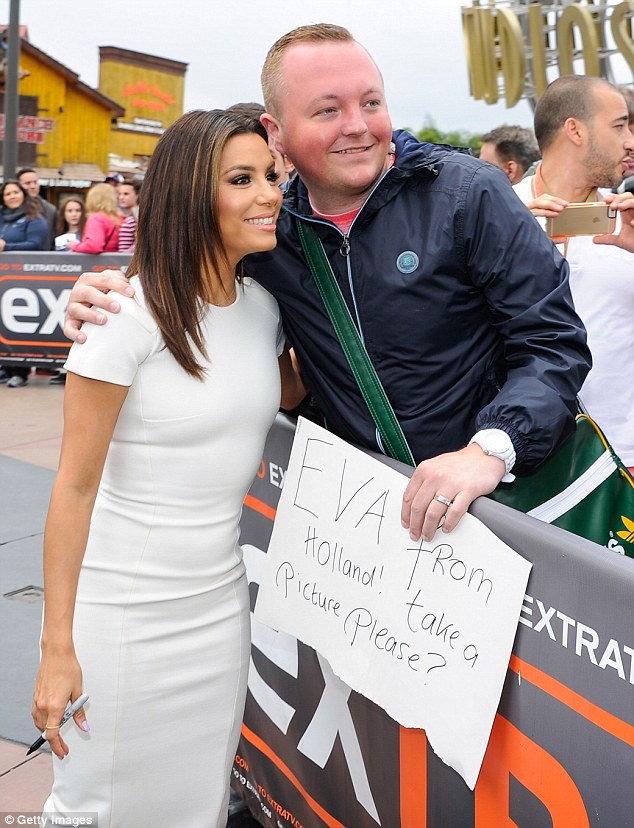 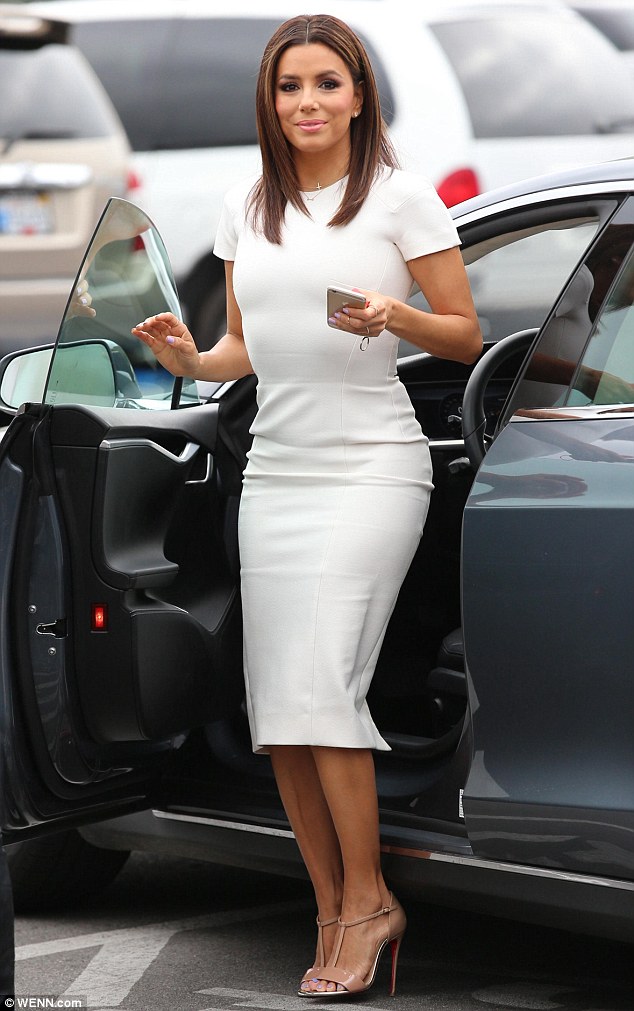 She will also star in drama Low-Riders, which examines the re-emerging low-riding culture in Southern California’s Latino communities.

In addition to that, Longoria has also been busy working as a producer for Lifetime’s series Devious Maids and NBC’s upcoming project, Telenovela.

The actress is currently loved up with businessman Jose Antonio Baston and the duo were seen enjoying a long vacation in Miami together earlier this month. 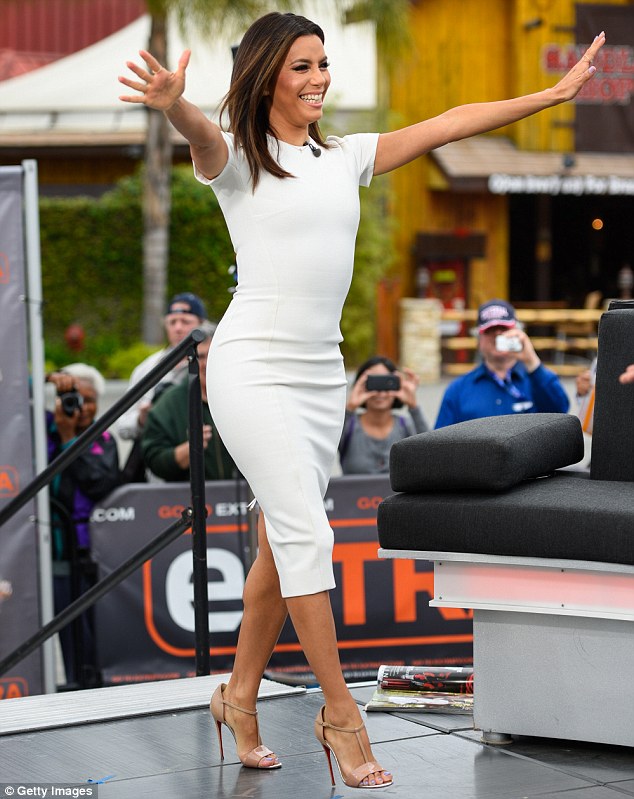